Get your groove on in Santa Barbara 6/7 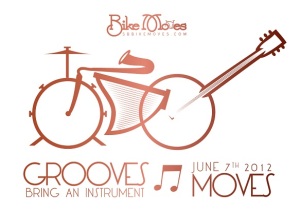 Get Your Groove On…
in Santa Barbara at the next Bike Moves!

Thursday June 7 7:30pm meet at the parking lot on the corner of Cota and Anacapa with your instrument of choice. The traveling band will make its way up and down State Street then down to the pier for a seaside concert and some bike sumo. Afterward, follow the band and wet your whistle at Sharkez. 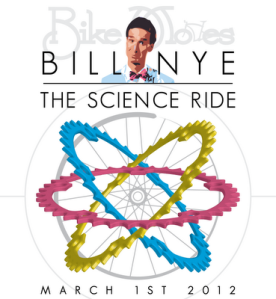 Brush up on your biology, bring your lab coat and wear your bow tie Thursday March 1, 2012 for the next Santa Barbara Bike Moves Ride.

Meet at 7:30pm at the  Wheelhouse parking lot to cook up some silly cycle science.

Join the after party at Jill’s Place 632 Santa Barbara Street for some fun science themed drink and food specials.

Stay tuned for March ArtRide news coming up next!

Big changes for Santa Barbara Bike Moves! Tonight, Thursday, 2/2/12, console your broken heart on the LAST RIDE WITH THE WHEELHOUSE!

Santa Babara Bike Moves will hold a “Heart Moves” ride in honor of the WheelHouse closing shop. Meet at 730 at the Wheelhouse parking lot, corner of Cota and Anacap.
An after party inside the sold-out shop will celebrate all they have done for the community. This will be a party to remember with professional sound and lighting, top notch DJs, Telegraph beer, and more. Send the WheelHouse folks off right! $10 donation gets you in and more helps pay for a cargo bike to be donated to the SB Bike Library. Cash Only. 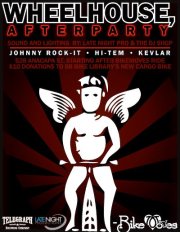 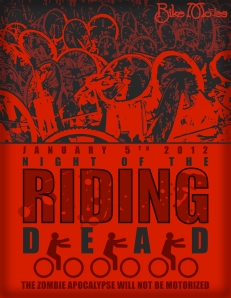 Tonight, ride for your lives!—the zombie apocalypse is upon us! Attention all you Dead, Living and Un-Dead Bicyclists, join the mob of zombies down at the Wheelhouse TONIGHT Thursday at 7:30pm.

We will swarm State Street feasting on human flesh as we make our way down to the pier. Bike sumo will be a gory battle of thrill and terror…Refreshments of human blood and brains will be served after the ride at ‘The Roadhouse’  202 State St.

Have you signed the petition for more funds for safe streets for bikes? Please send it to bicycle groups that you know. We only need 4801 more signatures! Also, thank you for the generous donations. Please feel free to contribute if you haven’t yet.

Come join the fun in Ventura! Friday, January 6 is the COLORS First Friday ArtRide! The San Buenaventura ArtRiders Bicycle & Social Club invites you to meet up at the promenade Artist Union Gallery at 5:30pm; depart at 6:15! Brighten up Ventura with your colorful self led by Bratt and Jewel!

Check out this bicycle repurposed for a bathroom by artist Benjamin Bullins– his site is here. Not sure what the material is for the countertop, but concrete would be cool, too. You could add a pannier for more storage!

Speaking of ArtRides, some say they will be doing First Friday in Ventura January 6; we’re planning on heading up to Santa Barbara January 5 for Bike Moves–the theme is “Night of the Riding Dead.”

Remember to light up your bike with Christmas lights as well as legal ones–you don’t want to spend your Christmas money on a ticket for riding without a headlight!

Th. Dec. 1, meet Rudolph and his red nosed riders at the Wheel House at 7:30 to merrily roll along State Street in all your seasonal glee.

Down at the pier, an epic reindeer bike sumo battle will determine who will guide Santa’s sleigh this year. Afterward head to Red’s bar and tapas for a gay ol’ time and a festive assortment of beverages.

Come down to the Wheelhouse early to support the Sustainable Living Bike Tour. Meet the riders and watch a slideshow documenting their epic ride so far from San Francisco.

Then Friday, Dec. 2, San Buenaventura ArtRiders will meet in holiday attire at 530pm for a 6pm ride around town to visit studios and galleries open for First Friday.

Sunday Dec. 11, weather permitting, the San Buenaventura ArtRiders will do a Santacon on bikes.

Happy Holidays! And remember–don’t be a darktard– light your bike!! 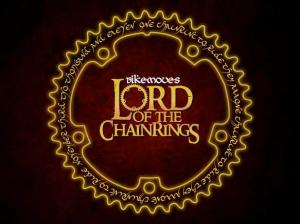 On November 3rd of the year two-thousand eleven come gather at the Hobbit Wheelhouse. From there we will embark on an epic journey through Middle Earth down to the Pier of Orodruin where we will battle the Dark Lord Sauron in a game of sumo. Will good triumph over evil?

And for those that want to strut the costume early and enjoy a little time on the water, come out for an awesome joint party with Bike Moves and Paddle Sports Halloween weekend for a noon paddle departing from the harbor to benefit “Save the Mermaids“. ”

I wish I could be there!